Nightmares In Seniors: The Causes And Treatments 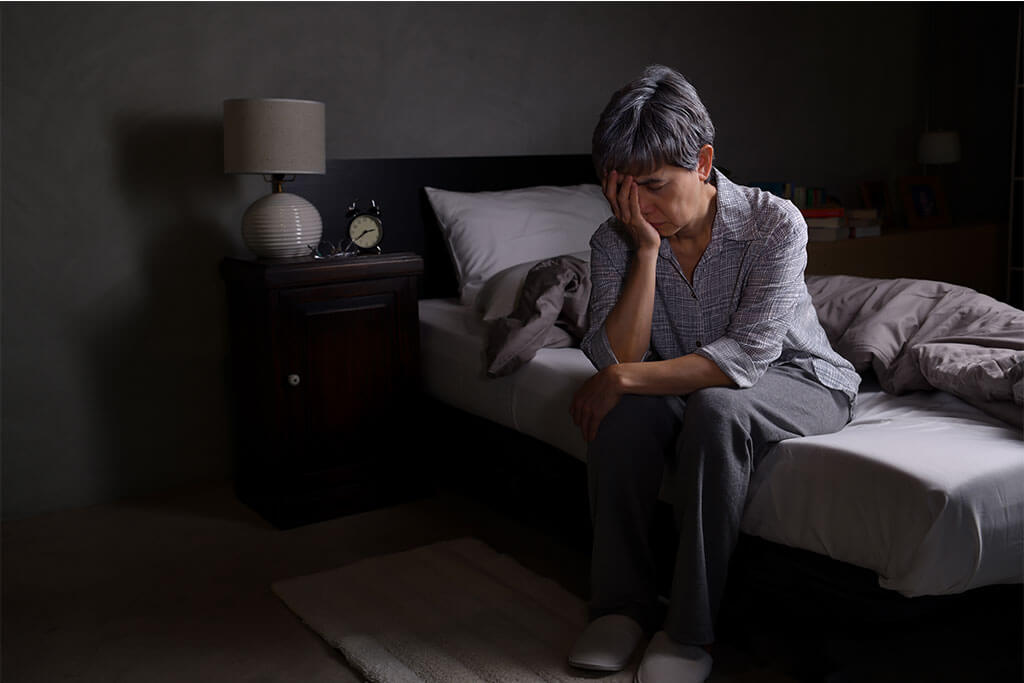 Nightmares are common and everyone would have experienced them at least once, even if you are well into adulthood. They are disturbing dreams that seem realistic and fearsome such that it wakes you up from sleep in the wee hours. They typically happen during Rapid Eye Movement sleep which is also when most dreams take place. Each person’s nightmares differ though some are common, such as a dream where you are unable to escape danger. Nightmares are different from night terrors as the latter is experienced as feelings instead of dreams. Having chronic nightmares can affect one’s wellbeing and health, as they are more likely to be in distress about the recurring experience, causing them to suffer even more. Nightmares have also been associated with suicide and affect your loved one’s quality of life which is why it is important to consult a doctor if it happens often. Here are more details on nightmare causes and treatments for you or your mature loved ones.

There are many different causes for nightmares, especially for your mature loved ones. One reason why nightmares happen can be due to them snacking at night which increases metabolism and makes the brain more active. Certain medications can also affect nightmare frequency, especially medications like antidepressants that act on the chemicals in the brain. Medication or substance withdrawal does increase the potential of nightmares occurring. If a medication change has resulted in an increased frequency of nightmares for you or your loved ones, it is best to consult a doctor. Sleep deprivation can also cause one to have nightmares, which in turn causes insomniacs to lose more sleep. While it is not confirmed that the sleep loss cycle leads to a nightmare disorder, it is highly possible. Psychological conditions are also a cause of nightmares, some of which include anxiety and depression. People with post-traumatic stress disorder are also likely to experience nightmares that are chronic and recurrent. Lastly, sleep disorders like restless legs syndrome and sleep apnea can also cause nightmares for mature adults. Should there be no other conditions to explain the chronic nightmares, your loved ones likely have a distinct sleep disorder.

While there may not be a cure to prevent nightmares, there are a few ways you and your loved ones can reduce the nightmare frequency as well as its impact on your quality of life. To come up with the best solution, it is important to find out what is causing the nightmares. If medication is a nightmare cause, your doctor can help to change the dosage or replace the prescription to help. Nightmares caused by sleep disorders can be alleviated by treating the underlying disorder. For nightmares that are not caused by medication or illnesses, there are still ways to lessen the nightmare frequencies. Behavioral changes can help with nightmares caused by anxiety, depression, and many more. Some treatments for such conditions include imagery rehearsal treatment which allows sufferers to choose how the nightmare will turn out.

Maintaining A Fast Metabolism As You Age
April 25, 2022

A Guide To Explaining Assisted Living To Your Aging Parents
April 15, 2022

4 Reasons Why You Should Get Regular Health Screening Test
April 5, 2022

The Correlation Between Seniors’ Cognitive Skills And Their Speech
March 16, 2022

Is It True That Aging Affects Memory?
March 8, 2022
Go to Top
Reveal Pricing
Schedule a Tour
Contact Us