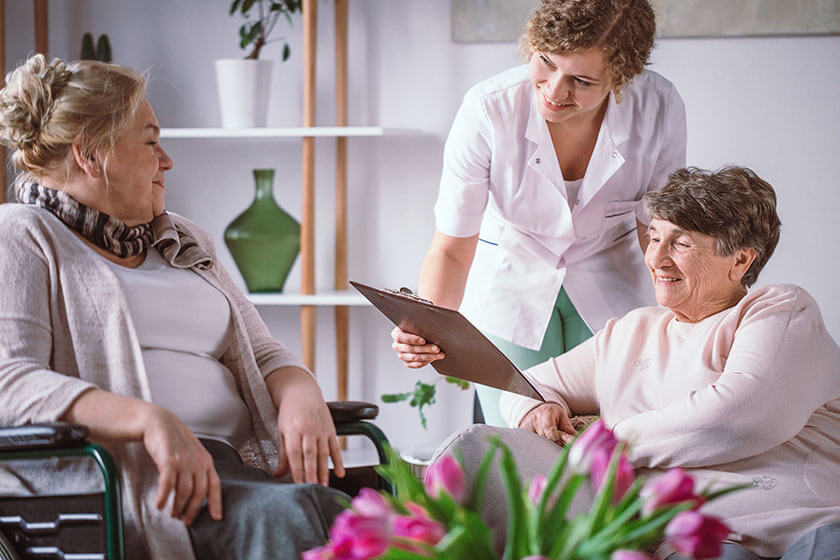 Are you worried that your older loved one may be struggling with something more serious than just the fleeting winter blues? Sit down and discuss with them over having a consultation with a professional to determine if seasonal affective disorder or vitamin D deficiency is behind their troubling woes. With the proper treatments, your older loved one will be able to combat seasonal affective disorder with ease.

What Is Seasonal Affective Disorder?

Feeling a little down may seem like nothing new with the passing of the holidays. However, when that feeling of sadness continues on for more than a week or two, it is a red flag that you need to look out for. The seasonal affective disorder is a type of depression that travels with the seasons. It can take place at any time of the year, but it usually affects people in winter. As the cold weather starts to set in, people with winter-induced seasonal affective disorder will begin feeling bouts of depression. Signs of seasonal affective disorder can include changes in appetite in older adults, loss of energy, loss of interest in social activities, and changes in sleeping patterns. Seasonal affective disorder only strikes during certain times of the year and is different from general depression. It is often caused by the decline in the amount of daylight during fall and winter that implicates circadian rhythms to cause hormonal changes. These symptoms can badly affect older adults who live in areas prone to snow and ice and are homebound.

Seasonal affective disorder can be treated with antidepressants just like other kinds of depression. These prescriptions need at least several weeks for their full effect to kick in. If your older loved one is prone to this condition, it is essential to start treatment before the onset of its symptoms.

There is also a non-pharmaceutical option to alleviate the symptoms of seasonal affective disorder. It is known as bright light therapy which makes use of an equipment that is called a light box. The light box emits a spectrum of light that is intended to simulate natural sunlight. Research has shown that a light box can help to reduce the amount of melatonin which is a hormone that causes lethargy and drowsiness.

For individuals who have been diagnosed with seasonal affective disorder, they may be instructed by a professional to sit down in front of a light box for up to 30 to 45 minutes per day, usually in the morning. This makes up for the lack of sunlight that people face in winter. The bright light therapy is not always the go-to treatment for seasonal active disorder but some researchers have found that it can be as effective as antidepressant medication.

Nevertheless, a more natural alternative is always the best option. If time, weather conditions, and physical health permit, it is best for a person struggling with seasonal affective disorder to get outdoors for several minutes a day to soak up some good vitamin D even if it is just for a short while.

Meaningful Ways To Stay Connected To Your Elderly Loved One
May 20, 2022

Tips For Managing Emotional Overeating In Your 60s
May 12, 2022
Go to Top
Reveal Pricing
Schedule a Tour
Contact Us