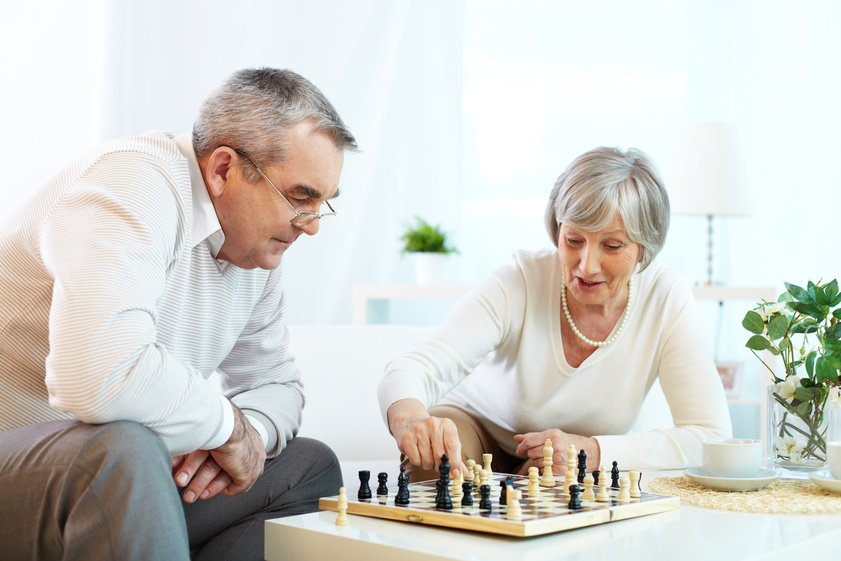 Alzheimer’s Disease is a progressive and deliberating illness that can affect many aspects of one’s life. It is estimated that 1 in 9 aged 65 and above will develop Alzheimer’s in their lifetime, and the total number of Americans expected to live with Alzheimer’s will rise sharply to almost 13 million by 2050. Despite the staggering prevalence of Alzheimer’s, there is currently no cure. Nevertheless, one can take active action to prevent its onset or delay its progression. Recent studies have shown that playing chess may be one of these methods. Learn more about chess for Alzheimer’s Disease prevention.

Playing chess combats one of the most distressing symptoms of Alzheimer’s Disease—memory loss. Since chess demands its players to memorize move combinations and potential outcomes of matches, players are trained to develop their short and long-term memory. In fact, research has shown that chess players have better auditory and visual memory compared to non-chess players, meaning that they are better able to recall information they previously heard and saw.

When you play to win in chess, it requires extensive thinking. Players have to constantly assess the risks in the moves they make, anticipate their opponent’s moves as well as predict the outcomes of the match. Conducting in-depth analysis and evaluation are good forms of mind sports to keep the brain both active and healthy, hence staving off the onset or progression of Alzheimer’s.

Chess matches are a form of social activity that requires two players to interact. Playing chess together provides players with many opportunities to meet new people and practice their communication skills. During matches, players often make requests of each other, give and respond to feedback and learn from each other. By communicating with others and frequently re-evaluating one’s skills and abilities, people who play chess are able to keep their minds active and healthy and prevent Alzheimer’s Disease.

Cognitive function is an umbrella term consisting of motor, language, perception, spatial processing, visual and executive functions needed for normal daily living. Playing chess is a mentally demanding game that requires its player to exercise every aspect of their cognitive function. This is much needed in the prevention of Alzheimer’s or in slowing down its progression by keeping the brain active and well-stimulated. Chess players also benefit from improved attention span, better planning abilities and strategic thinking skills, all of which goes a long way in slowing down cognitive decline which worsens Alzheimer’s.

Are you looking for a conducive environment for your loved one to spend their retirement in good health as well as leisure? Here at our vibrant retirement community, residents wake up every day to regularly scheduled activities ranging from board games to group excursions to sports matches for them to keep mentally and physically active and healthy. Furthermore, we offer many senior living options to meet the personalized needs of each unique individual. Contact us today or schedule a tour with us!