Dementia Behaviors: What Are They? 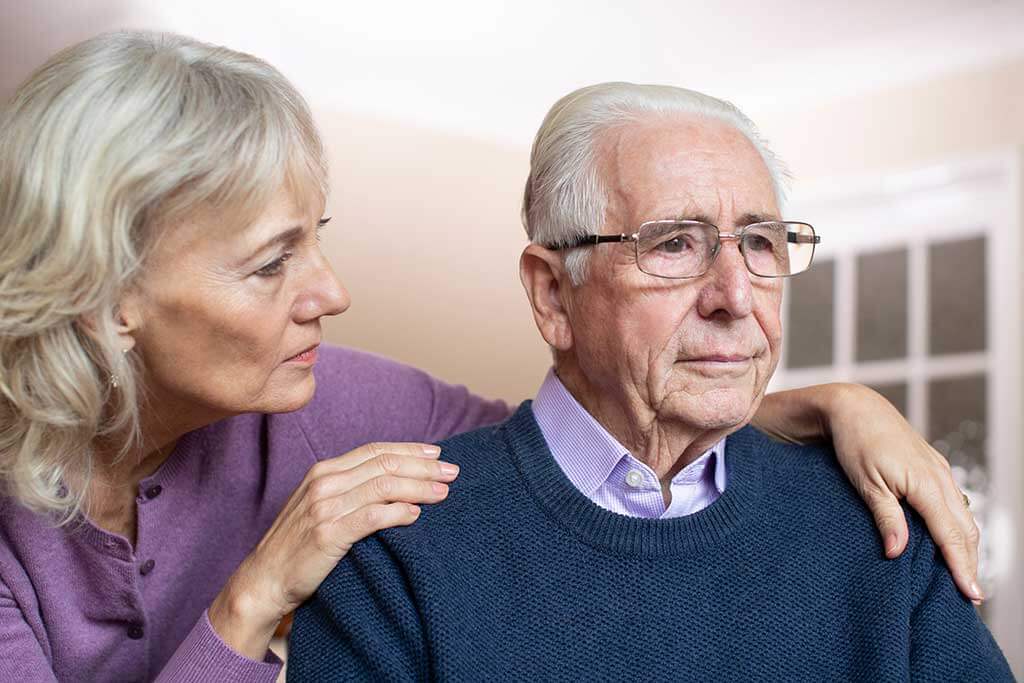 Alzheimer’s disease and other forms of dementia are frequently accompanied by challenging behaviors that we aren’t always ready to deal with. Dementia at times draws out a person’s core characteristics even more. Other times, when dementia develops, characteristics appear to be completely different. You may justify it in any way you want, but there’s no doubt that dementia behaviors are difficult for both caregivers and their loved one who is encountering them. That is why we’re here to explain some of the common dementia behaviors in this article.

Paranoia is an unfounded worry that you are about to be hurt or that others are out to harm you. Dementia frequently causes paranoid schizophrenia, in which a person believes somebody is poisoning their food or taking their money. Up to 40% of patients with Alzheimer’s suffer hallucinations at some time during the disease, with irrational fears being the most common. Those who have experienced abuse or distress may be more susceptible.

Dementia is a brain disorder, and we all know that the brain is in charge of speech. This is why elderly people with dementia may struggle to find the correct words or lose their ability to communicate entirely.

Another impact of dementia is the breakdown of a filter that controls what words are said. Because of the lack of restraint and behavioral issues that might occur as dementia develops, words that would ordinarily be intercepted before they could be pronounced are expressed freely. You will quickly notice that an individual who would never desire to injure others would suddenly hurl nasty and disrespectful terms.

Boredom, sickness, and a need for activity are all possible causes. Many instances of aggression in nursing home adults with dementia were shown to be caused by discomfort, according to one analysis. This could include verbal restlessness and non-aggressive physical conduct. Exhaustion, environmental factors, habit shifts, and new caregivers are all potential explanations too.

Hoarding is a symptom of dementia, such as frontotemporal dementia, in which people collect and store items. Your parents may be unwilling to part with unnecessary documents, so they stack them around the house. They may also stockpile food and hold it indefinitely until it spoils, and then refuse to discard it.

In the early to middle stages of Alzheimer’s disease, such behavior is common. It can be a reaction to feeling lonely, when the attention shifts to items rather than social connection, or an attempt to gain control over memories, relationships, or a significant position in life.

A lot of us mistakenly believe that an individual with dementia’s out-of-character behavior is a symptom of the illness, but this isn’t always true. It’s critical to look past the conduct and consider what could be driving it. Whenever it comes to assisting, knowing the individual and how they respond and cope, their inclinations and general habits will be beneficial to you as a caregiver.

Meaningful Ways To Stay Connected To Your Elderly Loved One
May 20, 2022

Tips For Managing Emotional Overeating In Your 60s
May 12, 2022
Go to Top
Reveal Pricing
Schedule a Tour
Contact Us