The Importance Of Dementia Activities In Durham, NC Memory Care 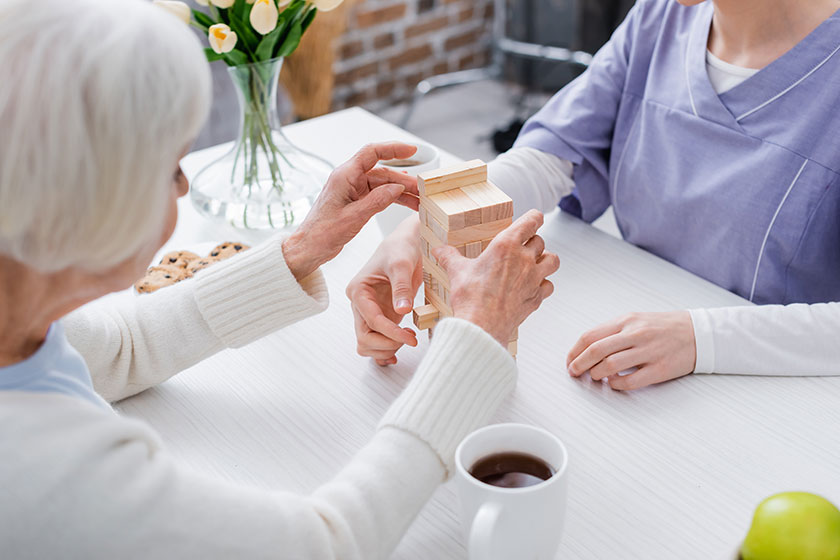 Just because your loved one has dementia or Alzheimer’s doesn’t mean that they are incapable of doing things for themselves. Below are four reasons why memory care Durham, NC encourages residents to engage in dementia activities.

While it isn’t yet possible to cure dementia outright, that are a number of activities elders can engage in to slow its progression. This is also why caretakers don’t want to assist too much. Those suffering from dementia must be encouraged to continue doing as much as possible for themselves, as it will compel them to remain active which will increase their ability to slow down the debilitating disease. Even if it takes them longer to complete tasks that they once found simple, caretakers must be patient.

It is commonly believed that after retirement one should kick back and enjoy their golden years in leisure. While this is true to a certain extent, it also creates an atmosphere which is favorable to cognitive decline and dementia since the brain won’t be challenged as much. Although your loved one may no longer be in the workforce, if they have dementia they must find ways to remain active and productive so they feel better about themselves and less burdensome to caretakers.

Anyone that has cared for someone who has dementia knows that at times they can become testy or difficult to deal with. One reason why they behave in this manner is due to the frustration that comes from having a disease that limits their ability to perform tasks that were so simple when they were younger. To avoid it, caretakers must always keep them occupied and engaged so that they can utilize their energy productively and positively.

Research shows that individuals with dementia that have a daily routine which is consistent will do better than those who do not. The reason is because maintaining a daily structure and schedule provides both stability and predictability, which will put their mind at ease and prevent them from becoming confused or disoriented.

How to Structure Activities for People with Dementia

Once caretakers understand the importance of remaining active, the next step is to figure out how to structure activities for someone that has dementia. The first thing to bear in mind is that dementia occurs in stages, which means sufferers will need varying levels of help depending on the phase they’re in.

For instance, during the early stages, the best way to remind them to brush their teeth is to place toothpaste on their toothbrush and then leave it in an area where they can easily see it. As the illness progresses however, you might have to actually hand the toothbrush to them, or even brush their teeth manually.

However, whenever possible, it is best to setup activities then remain close by while advising them to do it themselves. Rather than helping them put on their clothes, you can instead lay the clothes on the bed then gently ask them to put them on.

Why Size Matters When Searching For The Best Memory Care Center For Your Loved One
November 29, 2022

Tips For Shopping At A Farmer’s Market in West Greenville, SC
November 26, 2022

Why Senior Memory Care In Chapel Hill, NC Is The Best Option For The Elderly With Alzheimer’s Disease
November 26, 2022
Go to Top
Reveal Pricing
Schedule a Tour
Contact Us