A Guide To Self-Defense Classes For Seniors 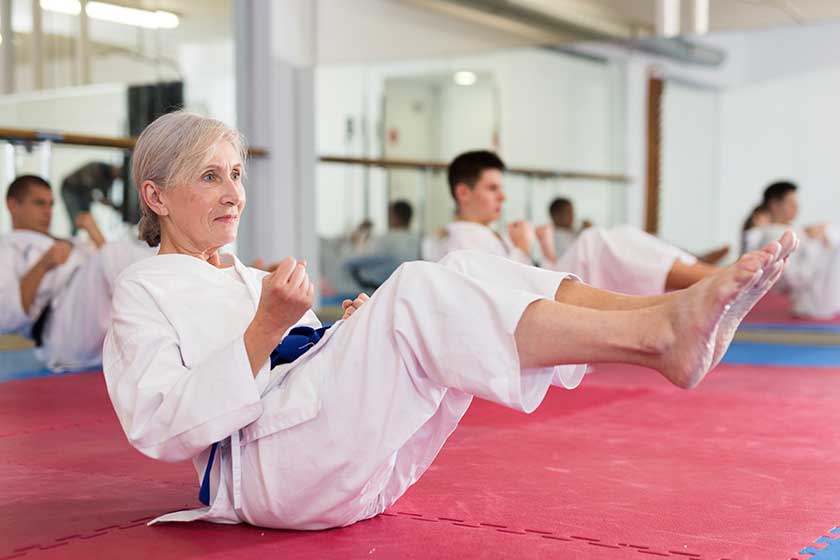 Without a doubt, everyone will want to feel safe and be able to protect themselves. But this is especially important for mature adults. This is because their bodies tend to slow down and weaken as time pass, hence, making them more vulnerable to criminal acts. In fact, according to the U.S. Department of Justice, those in their golden years are more vulnerable than other age groups. In addition, they found that burglary and robbery are the top 2 crimes most frequently committed against mature adults. Fortunately, there are several effective self-defense strategies that mature adults can practice to protect themselves. Here is a guide to self-defense classes for those in their golden years.

Do you own a cane? If you do, why not turn your everyday mobility device into a powerful self-defense weapon? That is what cane fu is about – a form of martial art that teaches mature adults how to defend themselves against attacks by simply utilizing a regular walking staff. That’s right, walking sticks or canes are not just for walking. In addition, defense experts point out that walking canes are also often misunderstood as a sign of weakness, hence, can be an effective tool for inflicting pain and disarming aggressors.

So, what kind of walking sticks works best for cane fu? While a high-quality cane generally works great, here are some features that can make cane fu more effective. Look for one with a wide curve on a crook cane. The wider curve will allow you to easily hook and pull. Moreover, find one with a large knob or metal piece on the straight stick cane. This is because a bigger grip piece will allow you to do more damage to the aggressor.

Now that you know what kind of walking canes is most effective for cane fu, it is time to practice it. For the best results, attend a live cane-fighting class in senior centers, retirement communities, or police departments near you. Otherwise, here are some techniques that you can use. To neutralize an assailant, use your cane to hook around their neck or foot. By hooking around their foot, they will lose their balance, thus giving you time to escape and seek help. Alternatively, you can also swing the cane in circles to prevent them from coming closer. Striking the knee, nose, or throat of the aggressor with the cane is also a great technique to do more damage to the assailant.

Aikido is another great option for self-defense. While this martial art may seem too rigorous, it can be adjusted to suit mature adults. It can be adjusted to those with disabilities as well. This is because Aikido focuses on turning an attacker’s strength and power against him or her. Hence, even if you are less physically equipped than the assailant, you can still overcome them. In addition, Aikido does not generally involve punches and kicks, thus you do not need to worry about it being too rigorous.  Moreover, Aikido also teaches you how to fall properly to avoid getting injured, which is particularly useful for those in their golden years. Another benefit of Aikido? It improves your strength, flexibility, circulation, and general health.

When Is It Time for Independent Living in Elgin, SC?
September 24, 2022

What Is It Like Staying In Independent Senior Living In Blythewood, SC?
September 22, 2022

How To Relieve Stress While Residing In Independent Living In Columbia, SC
September 20, 2022
Go to Top
Reveal Pricing
Schedule a Tour
Contact Us