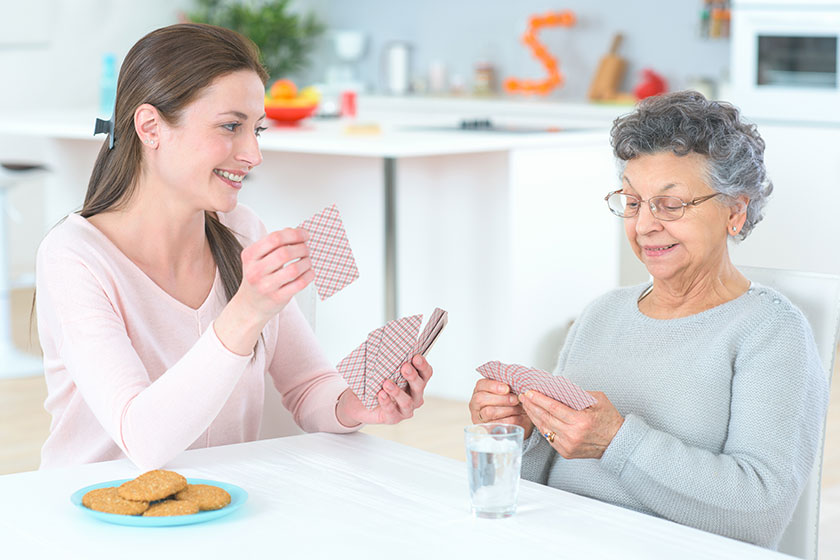 Both Alzheimer’s and dementia cases have increased within the United States in recent years. Though a degree of memory loss isn’t unusual for those over the age of 65, dementia is a debilitating condition that can greatly impact one’s quality of life, which is why memory care Cary, NC uses the following six methods to prevent its progression.

While healthy food comes in many forms, many experts regard the Mediterranean diet as being the best. This is because it uses ingredients such as vegetables, eggs, nuts, poultry, fruit, fish and dairy, all of which keep the mind and body sharp as one ages. Additionally, this diet is low in red meat, which many experts have linked with dementia as well as cardiovascular disease and other health problems.

Research shows that fewer Americans are reading today, largely because they are getting their information and entertainment from videos, smartphones, computers and televisions. However, reading regularly stimulates the mind while increasing one’s awareness of the world around them, and even if they already have dementia, doing it regularly can still slow its progression.

Puzzle solving is another activity that can combat cognitive decline. Regularly doing crossword, jigsaw or Sudoku puzzles forces the brain to work and concentrate which will empower your neurons, while making you sharper well into your golden years.

Adequate sleep is incredibly important for one’s health, but unfortunately many elders aren’t getting enough.  An often cited reason is because of medications, which sometimes have side effects which make it harder to get a good night’s rest. Discontinuing sleep disrupting medications and replacing them with natural alternatives is one way to ensure that elders are getting at least seven to eight hours of sleep every night, which scientists believe might stop amyloid plaque spread which has been linked to Alzheimer’s.

Aside from consuming healthy food, the beverages you choose to drink are equally important. Ideally, those over the age of 65 should avoid soda and other artificially sweetened drinks, replacing them with tea, water and especially wine. Red wine in particular is closely associated with the Mediterranean diet and has been linked to a number of health benefits which include anti-aging thanks to an ingredient called resveratrol.

Many aging retirees are lonely, which is the result of no longer being in the workforce and or the death of loved ones and friends. Those who spend too much time alone have greater chances of developing dementia, but by actively associating with others this can combat the disease as well as cognitive decline in general.

After eating a healthy diet, regularly exercising is one of the best and simplest ways to combat dementia. Yet most people lead a sedentary lifestyle where they do not exercise regularly, a habit that will cause problems as they age. While scientists aren’t exactly sure why this is the case, it is believed by some that intensive exercise increases the brain’s oxygen intake and blood flow, which makes the mind stronger and more resistant to memory disorders.