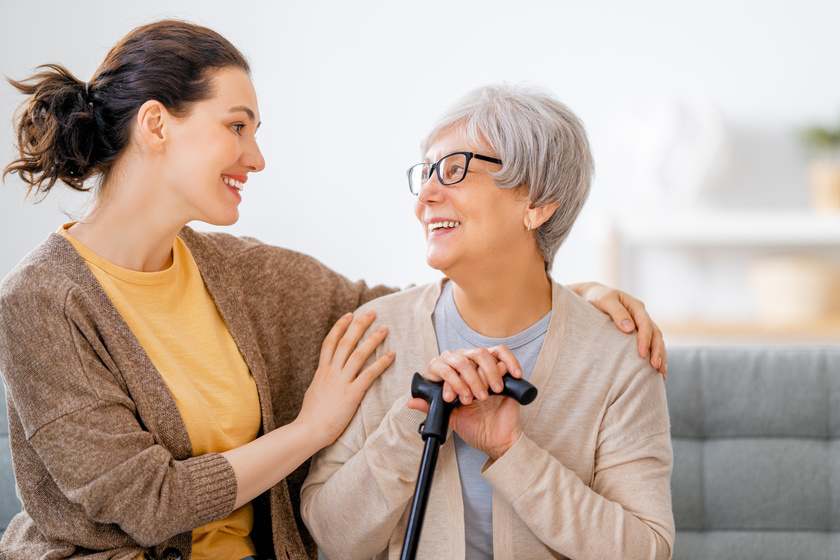 The winter months can sometimes be challenging for those over the age of 65 due to a phenomenon which is referred to as seasonal affective disorder. Below are five ways that assisted living care in Mint Hill, NC can help alleviate and prevent it.

Where Does Seasonal Affective Disorder Come From?

It is believed that SAD is a seasonal type of depression, which usually occurs during the colder months. It will manifest itself with symptoms such as mood swings as well as changes in energy, appetite and sleep levels. Sufferers may feel stressed, tense or depressed with little interest in activities they normally enjoy. This condition is sometimes referred to as winter blues, and while scientists aren’t exactly sure why this occurs, it is believed that the shorter daytime hours in northern climates during winter contributes to it. Those that live closer to the equator are usually unaffected.

Get More Natural Light if Possible

On days when the weather is good, elders will want to spend as much time outdoors as possible. If this isn’t doable, try opening the windows to allow more light into their home, as the natural illumination has been found to positively impact one’s mood.

One way that people commonly try to cope with winter blues is by increasing their intake of food, especially sweets like candy, cookies, or cake. While this will certainly increase mood for a short period of time, the fix is only temporary and may ultimately exacerbate the problem when you come down from the sugar high, not to mention the effects on teeth. It is better to consume healthier snacks such as seeds, fruit or nuts which will have a positive effect on physical and mental health.

The irony of seasonal affective disorder is that many of the people who have it are materially well off. They have plenty of money, food to eat and a warm place to stay. If this is the case, it is a sign that you’re not doing enough for others. Once you’re materially well off and financially secure, helping others who are less fortunate is one of the best ways to bring meaning and purpose to your own life. So if you’re feeling down during winter, consider performing volunteer work to lend a helping hand to others.

If natural light is in short supply due to dreary weather, artificial illumination is the best alternative. While not as good as sunlight, a study from Harvard Health Publications has revealed that it is just as effective as antidepressants, without the adverse side effects.

In addition to the usual benefits which come from exercise, such as stronger muscles, better flexibility, stamina and a stronger immune system, research has also shown that working out regularly during winter will boost your spirit. In fact, a University of Tulsa study concluded that those who work out beneath bright lights during winter have lower seasonal depression compared to those who do not exercise.

3 Tips On Convincing Your Loved One To Agree To Senior Assisted Living In Cornelius, NC
October 27, 2022